The Twelve Tasks of the Festive Season -- Task the First: The Winter Wonderland; and Task the Seventh: The Christmas

Task the First:
– Read a book that is set in a snowy place.

Thomas's lyrical memoirs of his childhood Christmas experience, read by himself ... truly magical.  One of the books (or CDs) that I revisit every single holiday season.

Task the Seventh:
– Read a book set during the Christmas holiday season.

Donna Andrews: The Nightingale Before Christmas

The year before last's entry in Donna Andrews's Meg Lanslow series: An uninhabited  Caerphilly house has been turned into a show house for the local interior designers' pre-Christmas competition, which Meg has agreed to organize (her own mother being one of the contestants, and Meg's involvement as an organizer having been the price for their own house not to be used as the scene of competition) -- as a result of which Meg is having to constantly mediate between the contestants, who keep going at each others' throats hammer and tongs and are, as a whole, more unruly than a bag of wriggling kittens.  It doesn't particularly help, either, that there's a student hanging around the place doing research for an article on the competition that she's writing for the local university newspaper, that moreover, packages containing the contestants' orders of items needed in their decorative arrangements keep disappearing, and that at last someone even takes to vandalizing the house and some of the half-arranged rooms, with merely a few days to go to Christmas (and to the advent of the judges).  When the most unpopular of the contestants -- whom the others also hold responsible for the disappearance of their packages and for the vandalization of their rooms -- is found murdered, there doesn't seem a shortage of suspects ... except that every single one of the other designers seems to have a credible alibi.

A more than solid, tremendously enjoyable entry in the series ... having read Duck the Halls just before Christmas last year, I'm seriously tempted to hunt down all of Andrews's holiday books and read them, one at a time, before Christmas each year!  She truly has a knack for combining a hilarious storyline with fully-rounded characters (however unusual), a homely and comfortably-feeling small-town setting and a lot of warmth, humor, and common sense.  Highly recommended!

Task the Seventh:
– Grab your camera and set up a Christmas bookstagram-style scene with favorite holiday reads, objects or decorations. Possibly also a cat. Post it for everyone to enjoy!

Well, the cat preferred to watch the setup from atop the half-empty box of Christmas decorations instead of being part of the picture, but anyway ... here we go!  (And yes, that's a real candle again. :) ) 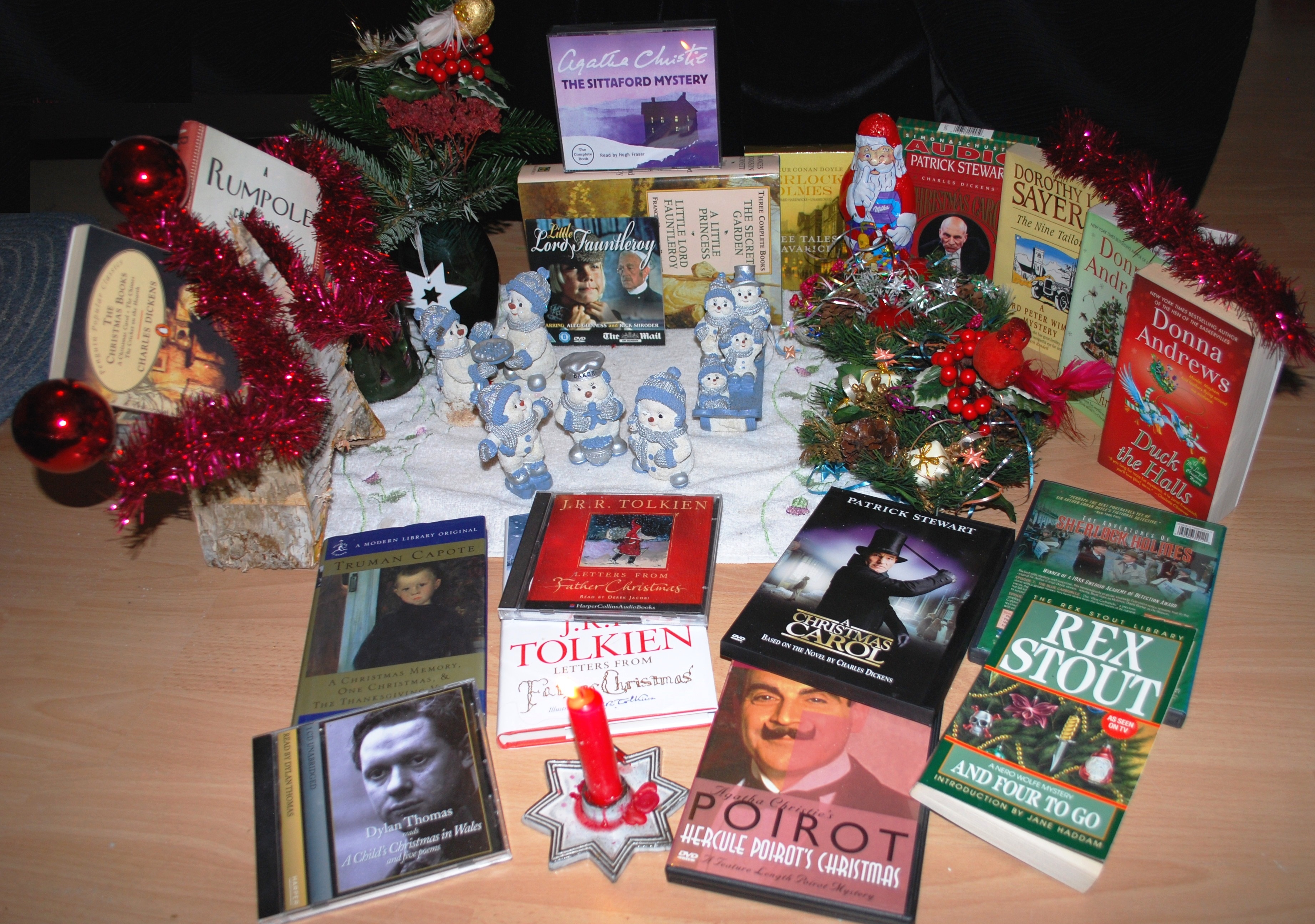 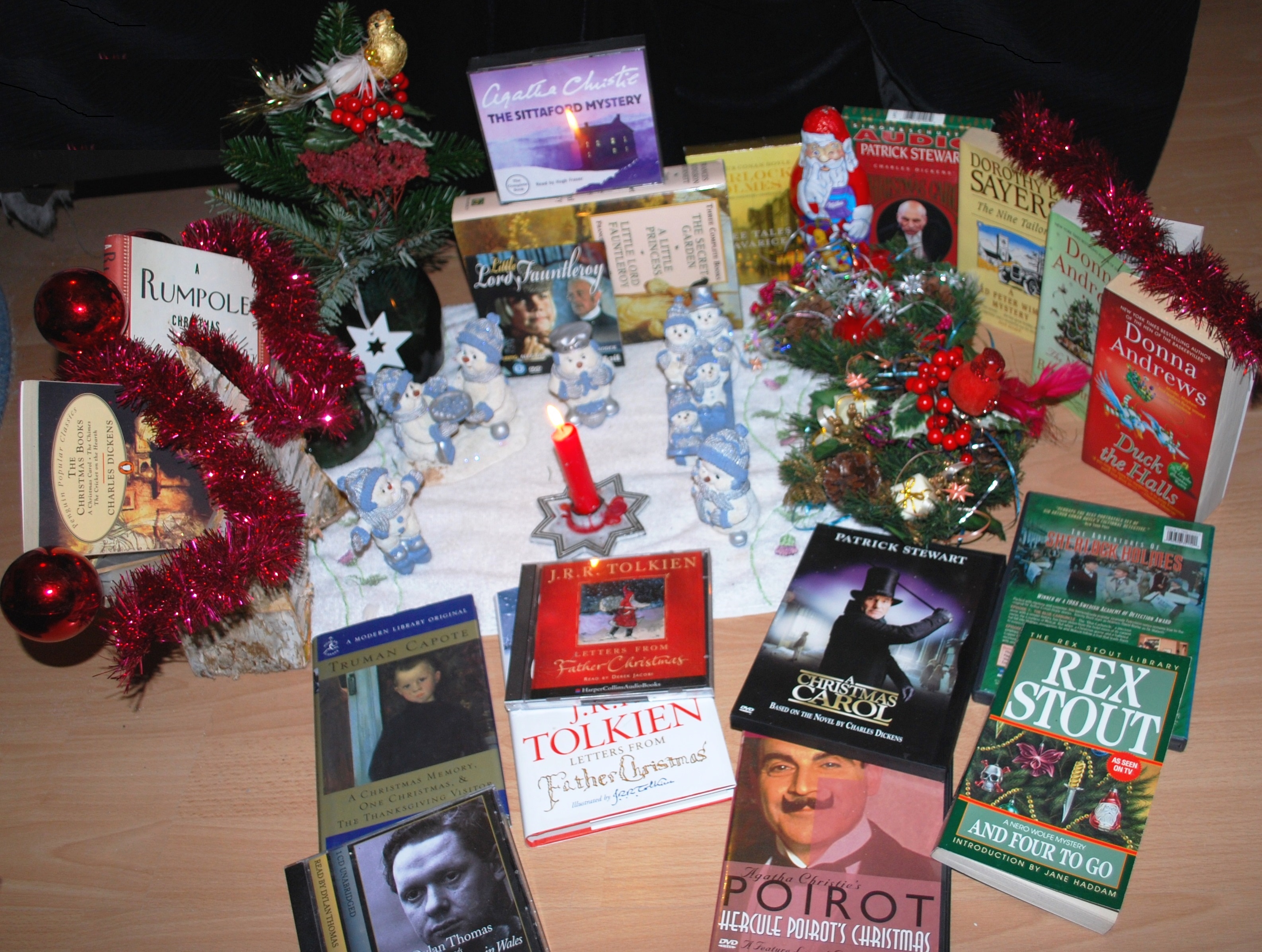 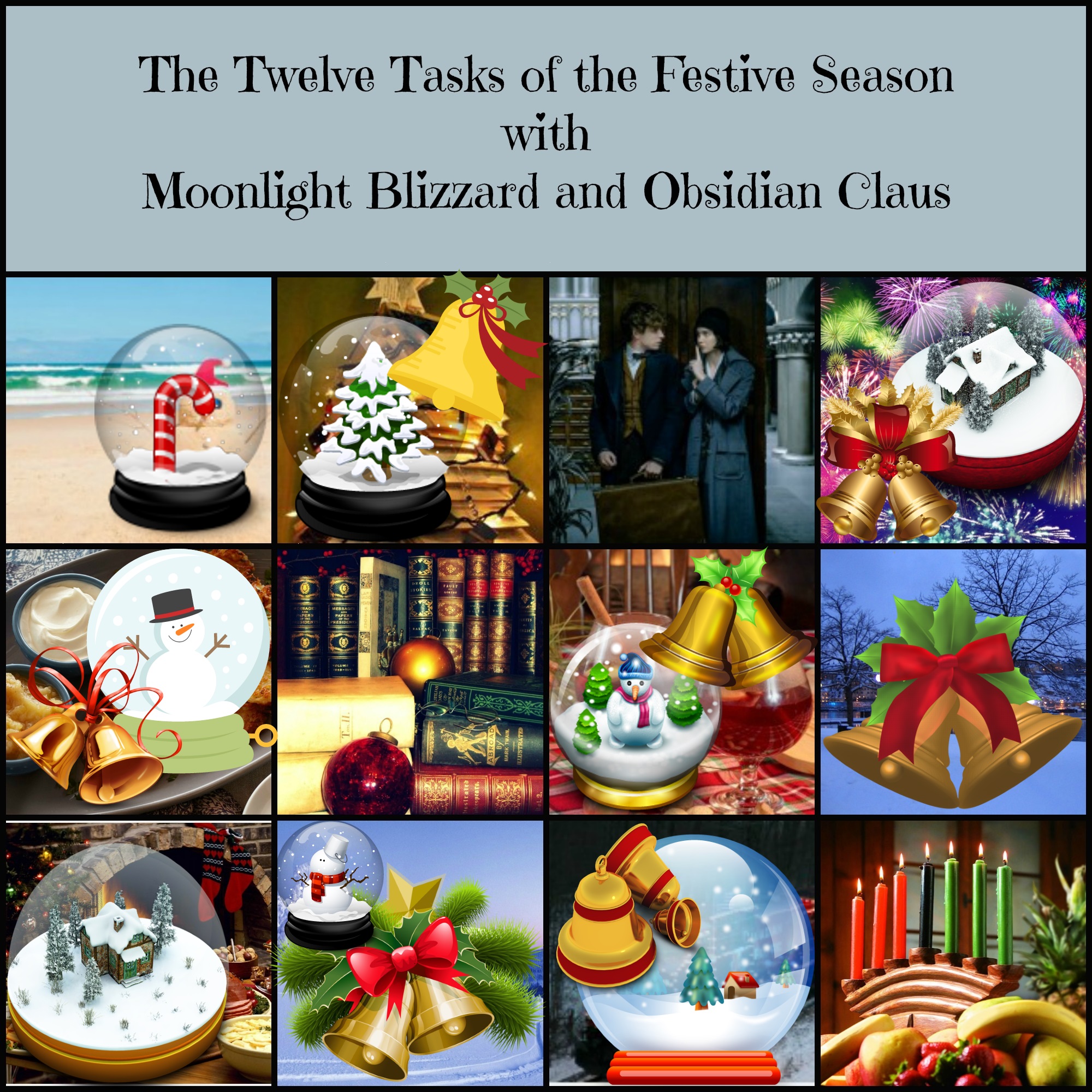