Well, I've read chapters 1 through 5, and I suppose this is what it sounds like when you get a walking encyclopedia talking. Even though it's, in a way, the print equivalent of having your favorite actor reading the phone book (which I expected going in -- the format itself suggests as much), it's addictively compelling, and I am racing through this book much more than I expected I would.  I also know I'll be revisiting it often for reference in the future. When reading the chapters on the beginning of the Golden Age and on the Great Detectives, I also dipped into Edwards's Golden Age of Murder for further background, "met" the members of the Detection Club ... and learned that Ngaio Marsh was not a member (which I admit I'd heretofore taken almost for granted she was), but rather, "dined for weeks" on the experience of her one invitation to a Detection Club dinner.

Incidentally, for those who are interested, I've created a reading list for the "100 [main] Books" presented by Martin Edwards in "The Story of Classic Crime" here:

Martin Edwards: The Story of Classic Crime in 100 Books -- the "100 Books" Presented

I've also started a listing of the other books mentioned by way of further reference in the individual chapters.  As Edwards easily manages to toss in an average of 20+ extra books per chapter, I've decided to break up the "other books mentioned" listing into several parts, with the first list going up to the end of chapter 5 (i.e., as far as I've read at present):

I'm reading The Story of Classic Crime for the free (center / raven) bingo square, as well as by way of a buddy read. 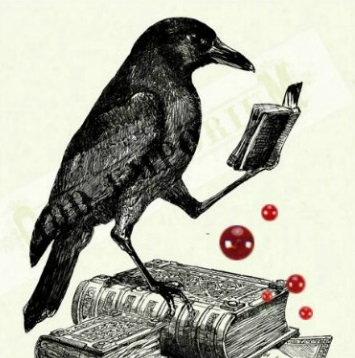