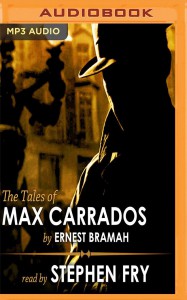 Ernest Bramah's tales of the independently wealthy, blind amateur detective Max Carrados were once featured in Strand Magazine alongside Arthur Conan Dolye's Sherlock Holmes stories, and jointly with those and R. Austin Freeman's Dr. Thorndyke narratives they carried the distinction of having been singled out by George Orwell as "the only detective stories since Poe that are worth rereading."  Yet, like so much of Golden Age crime fiction their reputation didn't survive their own time, and once more it is thanks to Martin Edwards that I have discovered them ... though a resounding shout-out is due to Person of Interest for pointing me to this delicious audio version narrated by Stephen Fry.

Carrados has lost his eyesight as a consequence of a riding accident; he is suffering from the type of blindness known as amaurosis, i.e., vision loss that occurs without an apparent lesion affecting the eye.  (And yes, I looked that one up.)  Due to this fact, and also because he has since trained his other senses to replace his lost visual faculties, Carrados's blindness is not always immediately spotted by his interlocutors, and Bramah has great fun setting up these types of situations over and over -- a bit too much fun for the sake of credibility, in fact:  Martin Edwards quotes Bramah as having intended to highlight the "extraordinary achievements of blind people over the years," making special note of the fact that "many of the realities of fact have been deemed too improbable to be transferred to fiction."  Yet, Bramah's intent was quite obviously also to create a blind "great detective" in the same league as Sherlock Holmes -- whose methods of detection and sudden pronouncements of a solution that has been obvious to him alone while everybody else is still (figuratively) groping about in the dark are strikingly similar to Carrados's ... or rather, vice versa -- and in his intent to combine detective superpowers with an apparently severely crippling impairment Bramah overshoots the mark occasionally.  Only rarely do we  experience Carrados as much at the mercy of his seeing opponents as in the last story contained in this collection, "The Missing Witness Sensation."

Nevertheless, Bramah's style is engaging and the stories, which in this collection range from 1914 -- the year of Carrados's first appearance -- into the 1920s, are great fun to follow along, particularly of course when narrated by the one and only Stephen Fry.  (If it hadn't been for him I'd have given this collection a 4-star rating, but that just simply wouldn't have done justice to Fry's reading.  So only a half-star reduction remains to mark the fact that Carrados's faculties on occasion strain credibility.)  Not all of the mysteries concern murder; again like Sherlock Holmes, Carrados -- who in addition to being a detective is also an expert in numismatics -- is also called upon in particularly devious instances of theft and fraud.  And once more like the denizen of 221b Baker Street, Carrados has his Watson, a disbarred-lawyer-turned-professional-private-detective named Carlyle (a former school fellow of Carrados's; they meet again in their respective changed circumstances in the very first story, "The Coin of Dionysus," where Carlyle consults Carrados in his numismatic capacity, only to briskly unveil the would-be-detective), as well as a valet and driver named Parkinson, who very helpfully has a photographic memory. -- The stories are told from a third person narrative perspective, however, and neither Carlyle nor Parkinson appear in every single one of them.

In the context of the Detection Club bingo based on Martin Edwards's Story of Classic Crime in 100 Books, this fulfills chapter / square 1, "A New Era Dawns."

In the context of the Halloween bingo, this would match the "Amateur Sleuth," "Murder Most Foul" and "Darkest London" squares; some of the stories would also qualify as "Locked Room Mysteries." 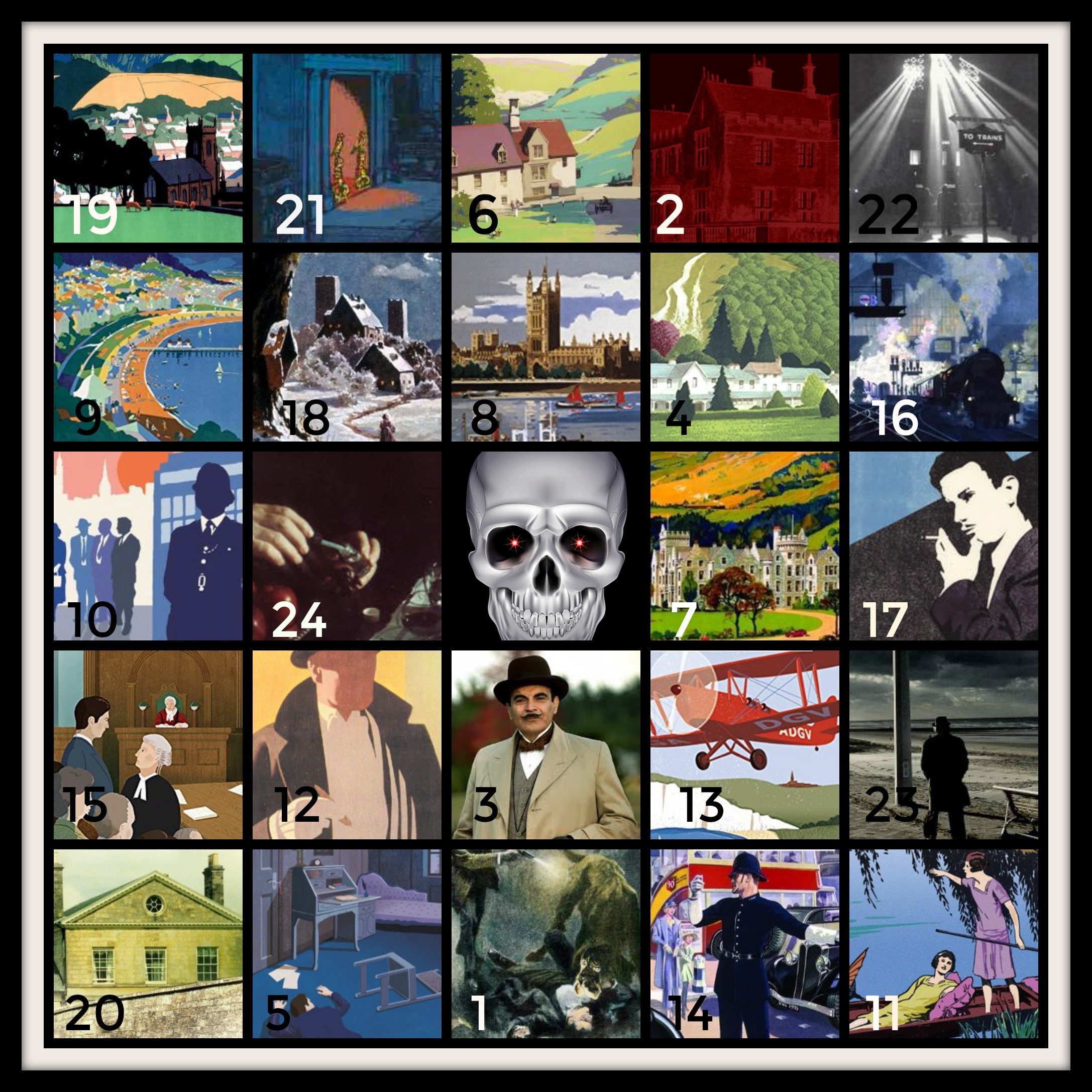