Oh boy.  This is the first of the 70+ Maigret novels that Georges Simenon published over the course of 40 years, beginning in 1931, and it's perhaps a sign of just how far crime writing has evolved since then that this book was published (in serialized form initially) "as is": I'm willing to wager that no author writing today would get away with this amount of plot holes, plot elements that don't even stand up to the most basic level of fact checking, disregard for even rudimentary police procedure, and an emphasis on a(n open! and solitary) pursuit that initially doesn't seem to accomplish much besides

getting a junior officer left behind in the lurch as well as two other people connected with the case killed, and the senior officer engaging in the pursuit seriously wounded, even if not incapacitated to the extent that he immediately has to turn over the case to someone else.

(The good news is: Over the course of the aforementioned 40 years, the plots got better, and Maigret did get to engage in investigations that even from today's point of view can be taken a bit more seriously.)

It is equally clear, however, that these weren't the things that Simenon himself was most interested in, to begin with.  Rather, even in this first novel, Simenon's chief interest was in the mind games going on between the detective and the criminal, the hunter and his prey:

(As translated by David Bellos in the 2013 Penguin edition -- copied from Google Books:

"It would be an exaggeration to say that in most criminal inquiries cordial relations arise between the police and the person they are trying to corner into a confession.  All the same, they almost always become close to some degree (unless the suspect is just a glowering brute). That must be because for weeks and sometimes months on end the police and the suspect do nothing but think about each other

The investigator strives to know all he can about the suspect's past, seeks to reconstitute his thinking and to foresee his reactions.

Both sides have high stakes in the game.  When they sit down to a match, they do so in circumstances  that are dramatic enough to strip away the veneer of polite indifference that passes for human relations in everyday life.")

Again leaving aside the question how true this is actually of every single police investigation, Simenon, in other words, posits the sort of mind games that continue to drive highly charged thrillers even today, from John le Carré's Spy Who Came in from the Cold to Ian Rankin's Knots and Crosses and Bleeding Hearts, the movie Heat (starring Robert de Niro and Al Pacino) and just about every single seriel killer plot ... and which certainly also factored in Golden Age mysteries involving "great detectives" such as Hercule Poirot and Sherlock Holmes, both of whom emphasized the psychological angle of their investigations, and who repeatedly engaged in "mind game" encounters of their own with some of their adversaries (cf., inter alia, The Final Problem and The Mazarin Stone for Holmes, Curtain and The Adventure of the Christmas Pudding for Poirot). -- Taking this element as the one that ultimately drives the entire novel, then, Maigret's open and solitary pursuit of his quarry makes sense at least from the writer's point of view; and Simenon would go on to explore mind games of this sort not only in many another Maigret novel but also, and even more so, in his "romans durs," his standalone novels; repeatedly there also from the point of view of the criminal.

That said, the "mind game" angle is only one of several recurring features of Simenon's writing that is present from this first Maigret novel onwards: another is (obviously) Simenon's rather terse style, and yet another his rather obvious affinity for dingy seaside locations -- I swear, there can hardly be any dreary seaport and fishing village on the coasts of Normandy and Brittany (and elsewhere in France, but chiefly on the Channel and North Sea coast) that does not feature, in all its desultory glory, in one Simenon novel or other; rain, fog, smelly harbour and fish market, seedy bars, corruption and a general sense of hopelessness included.  By these standards, this novel's feature rundown Normandy port city of Fécamp is actually getting away lightly, even though we are treated to plenty of rain and November weather, as well as a visit to a shabby bar at the train station. 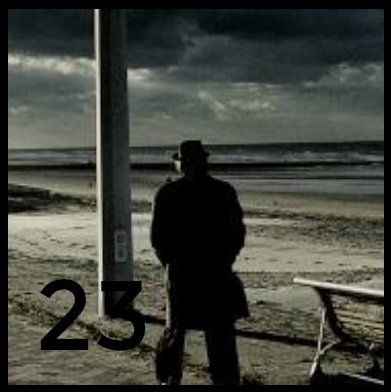 I read this book for the "Cosmopolitan Crimes" / chapter 23 square of the Detection Club bingo, which actually features a detail taken from the Penguin edition's cover of this novel, and which summarizes the overal atmosphere -- particularly of the early and final chapters -- rather well. 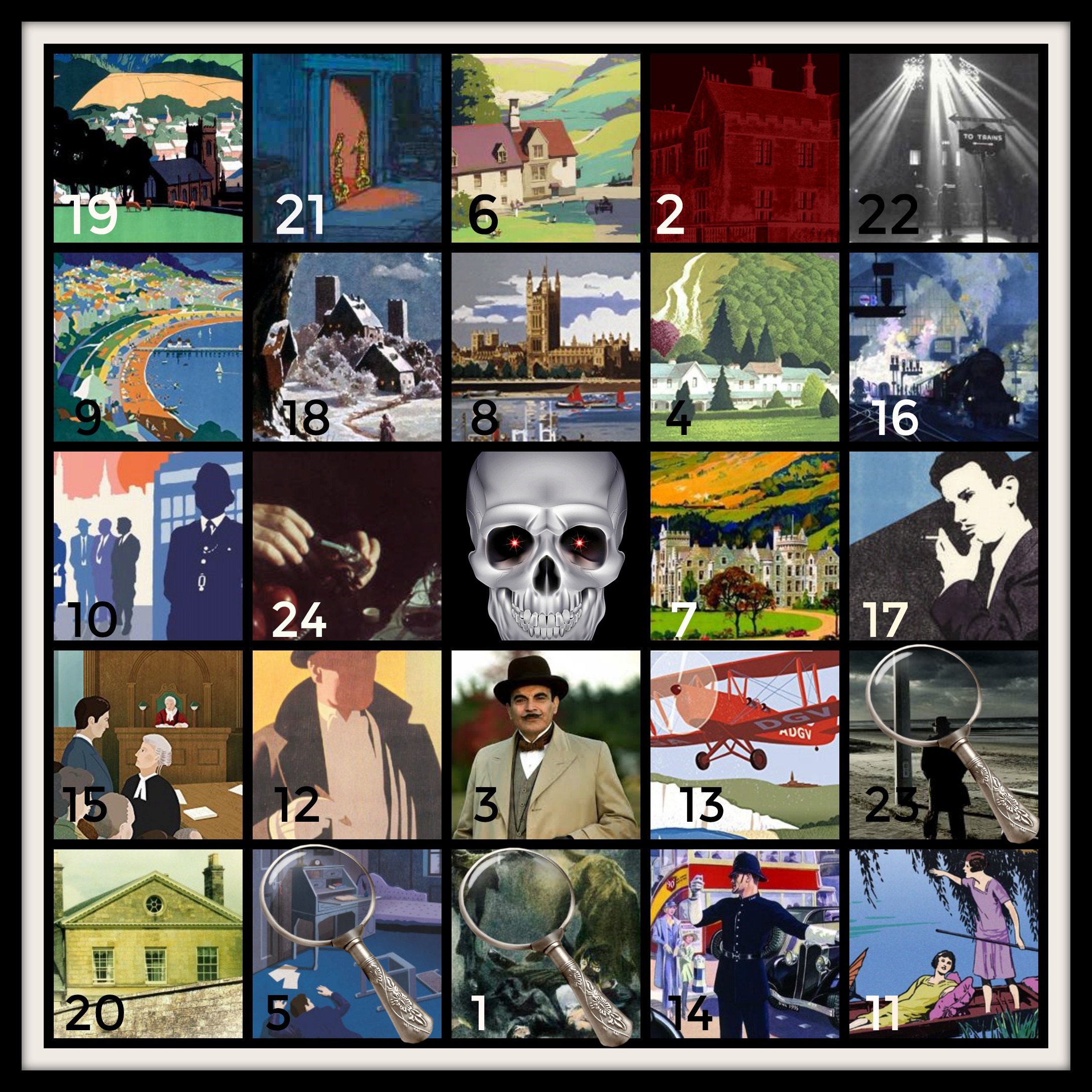