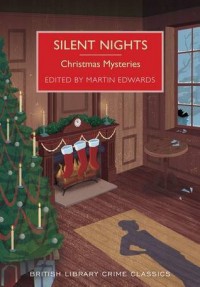 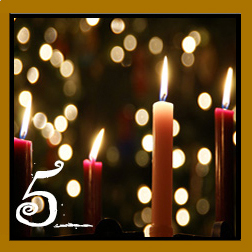 Book themes for Advent: Read a book with a wreath or with pines or fir trees on the cover.

Silent Nights is the first of (at this point) two Christmas mystery short story anthologies in the British Library's "Crime Classics" series, edited by Martin Edwards. The anthology combines stories by well-known and -remembered authors (e.g., Arthur Conan Doyle, Edgar Wallace, Dorothy L. Sayers, and Margery Allingham) with stories by authors who, even if they may have been household names in their own time -- and many were members of the illustrious Detection Club -- have since been rolled over by the wheels of time; not always deservedly so.

The standout story in the collection is doubtlessly Arthur Conan Doyle's The Blue Carbuncle (one of my all-time favorite Sherlock Holmes adventures that shows both ACD and his protagonists Holmes and Watson at their absolute best), but I enjoyed almost all of the stories -- in varying degrees, and not all of them were apt to make me want to go on reading an entire novel by the same author, but several did; and thus, I am glad that I have extended my "Detection Club / Golden Age crime fiction quest" to the likes of J. Jefferson Farjeon, Ethel Lina White, Edmud Crispin, Leo Bruce, and Nicholas Blake (better known as Cecil Day-Lewis, poet laureate and father of actor Daniel Day-Lewis).