25th December.
My dearest darling,
That partridge, in that lovely little pear tree! What an enchanting, romantic, poetic present! Bless you and thank you.
Your deeply loving Emily.

26th December.
Mr dearest darling Edward,
The two turtle doves arrived this morning and are cooing away in the pear tree as I write. I'm so touched and grateful.
With undying love, as always, Emily.

27th December.
My darling Edward,
You do think of the most original presents: whoever thought of sending anybody three French hens? Do they really come all the way from France? It's a pity that we have no chicken coops, but I expect we'll find some. Thank you, anyway, they're lovely.
Your loving Emily.

28th December.
Dearest Edward,
What a surprise - four calling birds arrived this morning. They are very sweet, even if they do call rather loudly - they make telephoning impossible. But I expect they'll calm down when they get used to their new home. Anyway, I'm very grateful - of course I am.
Love from Emily.

29th December.
Dearest Edward,
The postman has just delivered five most beautiful gold rings, one for each finger, and all fitting perfectly. A really lovely present - lovelier in a way than birds, which do take rather a lot of looking after. The four that arrived yesterday are still making a terrible row, and I'm afraid none of use got much sleep last night. Mummy says she wants us to use the rings to 'wring' their necks - she's only joking, I think; though I know what she means. But I love the rings. Bless you.
Love, Emily.

30th December.
Dear Edward,
Whatever I expected to find when I opened the front door this morning, it certainly wasn't six socking great geese laying eggs all over the doorstep. Frankly, I rather hoped you had stopped sending me birds - we have no room for them and they have already ruined the croquet lawn. I know you meant well, but - let's call a halt, shall we?
Love, Emily.

31st December.
Edward,
I thought I said no more birds; but this morning I woke up to find no less than seven swans all trying to get into our tiny goldfish pond. I'd rather not think what happened to the goldfish. The whole house seems to be full of birds - to say nothing of what they leave behind them. Please, please STOP.
Your Emily.

1st January.
Frankly, I think I prefer the birds. What am I to do with eight milkmaids - AND their cows? Is this some kind of a joke? If so, I'm afraid I don't find it very amusing.
Emily

2nd January.
Look here Edward, this has gone far enough. You say you're sending me nine ladies dancing; all I can say is that judging from the way they dance, they're certainly not ladies. The village just isn't accustomed to seeing a regiment of shameless hussies with nothing on but their lipstick cavorting round the green - and it's Mummy and I who get blamed. If you value our friendship - which I do less and less - kindly stop this ridiculous behaviour at once.
Emily

3rd January.
As I write this letter, ten disgusting old men are prancing abour all over what used to be the garden - before the geese and the swans and the cows got at it; and several of them, I notice, are taking inexcusable liberties with the milkmaids. Meanwhile the neighbours are trying to have us evicted. I shall never speak to you again.
Emily

4th January.
This is the last straw. You know I detest bagpipes. The place has now become something between a menagerie and a madhouse and a man from the Council has just declared it unfit for habitation. At least Mummy has been spared this last outrage; they took her away yesterday afternoon in an ambulance. I hope you're satisfied.

5th January.
Sir,
Our client, Miss Emily Wilbraham, instructs me to inform you that with the arrival on her premises a half-past seven this morning of the entire percussion section of the Liverpool Philharmonic Orchestra and several of their friends she has no course left open to her but to seek an injunction to prevent your importuning her further. I am making arrangements for the return of much assorted livestock. 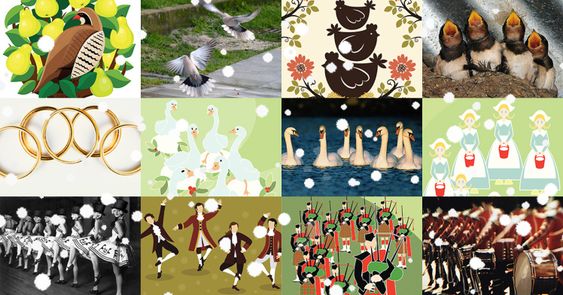