Tasks for International Human Rights Day: Post a picture of yourself next to a war memorial or other memorial to an event pertaining to Human Rights. (Pictures of just the memorial are ok too.)

Anógia village, Crete: the Andartis (resistance fighter) monument near the museum to the village's destruction in WWII.

Crete was occupied by the German military in the 1940s, fierce resistance by the local population notwithstanding. During one particularly memorable episode (later the subject of a book and a movie both titled Ill Met by Moonlight), a joint group of Cretan resistance fighters and British intelligence operatives, led by Major (and writer-to-be) Patrick Leigh Fermor -- in the movie, portrayed by Dirk Bogarde -- and Captain W. Stanley Moss (author of the book Ill Met by Moonlight), abducted German Major General Heinrich Kreipe near his home in Heraklion and marched him all the way across the Psiloritis mountains to the south coast of Crete, from where he was eventually shipped off to Egypt. He spent the rest of WWII in a British POW camp.

Patrick Leigh Fermor's evocative account of their struggle across the slopes of Mount Ida has come to particular fame for its "Horace Moment" -- his trademark poetic description of the moment when he and the German general realized that they had both enjoyed the same sort of profoundly formative, classical humanistic education and, as a result, had come to share the same values. Here it is, as taken from a Report written for the Imperial War Museum in 1969 and as published in Words of Mercury (2010):

"Everything ahead was a looming wilderness of peaks and canyons, and in the rougher bits it would be impossible for a large party to keep formation, or even contact, except at a slow crawl wich could be heard and seen for miles. The whole massif was riddled with clefts and grottoes to hide in. We must all vanish into thin air and let the enemy draw a total blank. [...]

We woke up among the rocks, just as a brilliant dawn was breaking over the crest of Mount Ida which we had been struggling across for two days. We were all three [i.e., Stanley Moss, Leigh Fermor, and their captive] lying smoking in silence, when the General, half to himself, slowly said:

I was in luck. It is the opening line of one of the few odes of Horace I know by heart (Ad Thaliarchum, LIX). I went on reciting where he had broken off:

and so on, through the remaining five stanzas to the end.

The General's blue eyes swivelled away from the mountain-top to mine -- and when I'd finished, after a long silence, he said: 'Ach so, Herr Major!'*** It was very strange. 'Ja, Herr General.' As though, for a long moment, the war had ceased to exist. We had both drunk at the same fountains long before, and things were different between us for the rest of our time together."

** You see how high Soracte stands, bright with
snow, and no longer do the straining forests
support the burden, and the rivers have
frozen with sharp frost.
*** "Oh, I see, Major!"

Leigh Fermor unfortunately doesn't mention, however -- at least, in the published version of his account -- that inter alia by way of retribution for Kreipe's abduction, as well as in retribution for a number of other acts of resistance, the German military, later in 1944, annihilated the entire village of Anógia (from where the group had embarked on their climb across the mountains), killing every single one of its several 100 souls and reducing the whole village to ashes. It was only in 2009 (65 years later), after having lived there for a number of years and slowly gained the population's trust, that German artist Karina Raeck was able to take a major step towards reconciliation by opening a museum commemorating the village's destruction and by creating, together with the village population, a large artistic display in memory of its resistance fighters on the Nida Plain above the village; likewise entitled "Andartis."

Anógia after its 1944 destruction by the German military.

The "Andartis" monument on the Nida Plain, created by artist Karina Raeck and the villagers of Anógia in 2009. 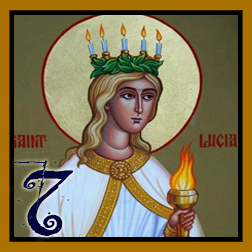