This reads like a series of blog posts by an overconfident twentysomething with an only superficial grasp of both history and medicine / science, who won't, however, let her lack of in-depth knowledge and research keep her from jumping to unsupported conclusions by the dozen. (All of which being said with profound apologies to the twentysomethings on this particular site -- no reflection on present company is intended, of course!)

The asides and pop culture references were cute at first, and might perhaps still be, if there weren't such an awful lot of them.   Frankly, though, at this point I wouldn't mind if there were not a single pop culture reference and snide comment anymore, but if instead we'd finally move on to hearing about the scientific aspects of the epidemics under discussion -- but I suppose that's asking a bit too much of an author who seriously has to rely on her family doctor's shorthand illustrations for medical laypeople in order to describe, even on the most basic level, the effects of the smallpox virus on the human immune system.

If this doesn't drastically improve, it's headed for a 2 1/2 star rating at most (and it owes even that rating only to the fact that at least Wright makes a serious argument for sanitation, vaccination, and the general availability of at least a basic standard of healthcare).  If I weren't reading this for Halloween Bingo in addition to the Flat Book Society, however, I'd DNF at this point. 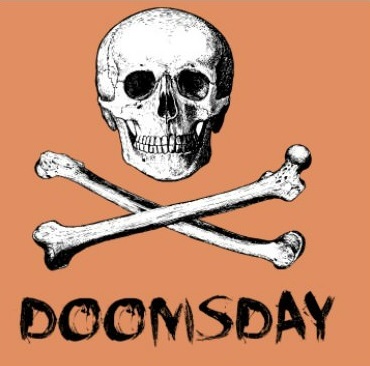