Meet Charlie and Sunny (aka He Who Used to be Named Clint)! Some of you may remember that in summer 2017 I adopted this beautiful boy (photo left) and ultimately named him Teddy -- unfortunately, he was not even destined to stay with me for an entire year; I lost him in April 2018 and my heart is still bleeding for him.

You may also remember that he'd had quite a difficult life and thus required a fair amount of "investment", emotionally and otherwise.  Consequently, it also took quite a while for me to get over his loss (so much so, in fact, that I didn't even feel posting about it until now).

Then over the course of this summer work intervened, which was salutary in that it kept me (mostly) engaged elsewhere -- in addition to which, it also became clear that it wouldn't make much sense for me to start thinking about finding new cats as long as I didn't even have a clear picture how the rest of this year was going to pan out.

And then ... about a week after I'd returned from my belated "summer vacations" (in Corsica, the last week of October), I accidentally came across a complete stranger's tweet that someone else I'm following on Twitter had liked or commented on ... and they were looking for a new home for their cats.  And they were living in my area.

I went to see them last Sunday.  We -- the cats and me -- were instant friends.  (OK, the toys, treats and tuna I took may have helped ... but chiefly, it was all about love and attention.)  I hadn't brought any cat carriers, the idea of the visit having been nothing more than an initial get-to-know-you meeting, and of course, I hadn't been the only person to communicate my interest, either ... but by the end of my visit, it was clear how the chips had fallen.  So, they immediately came home with me after all, and I made a second trip to their former home that evening, returning their empty carriers.

They spent the first night in hiding but started exploring their new home the very next day -- and now, not even a week later, they're already completely settled in; playing with complete abandon, cuddling with me in my bed (and pretty much everywhere else), and just generally being the best and most affectionate little boys ever.

So, everybody, meet my brandnew fur babies: 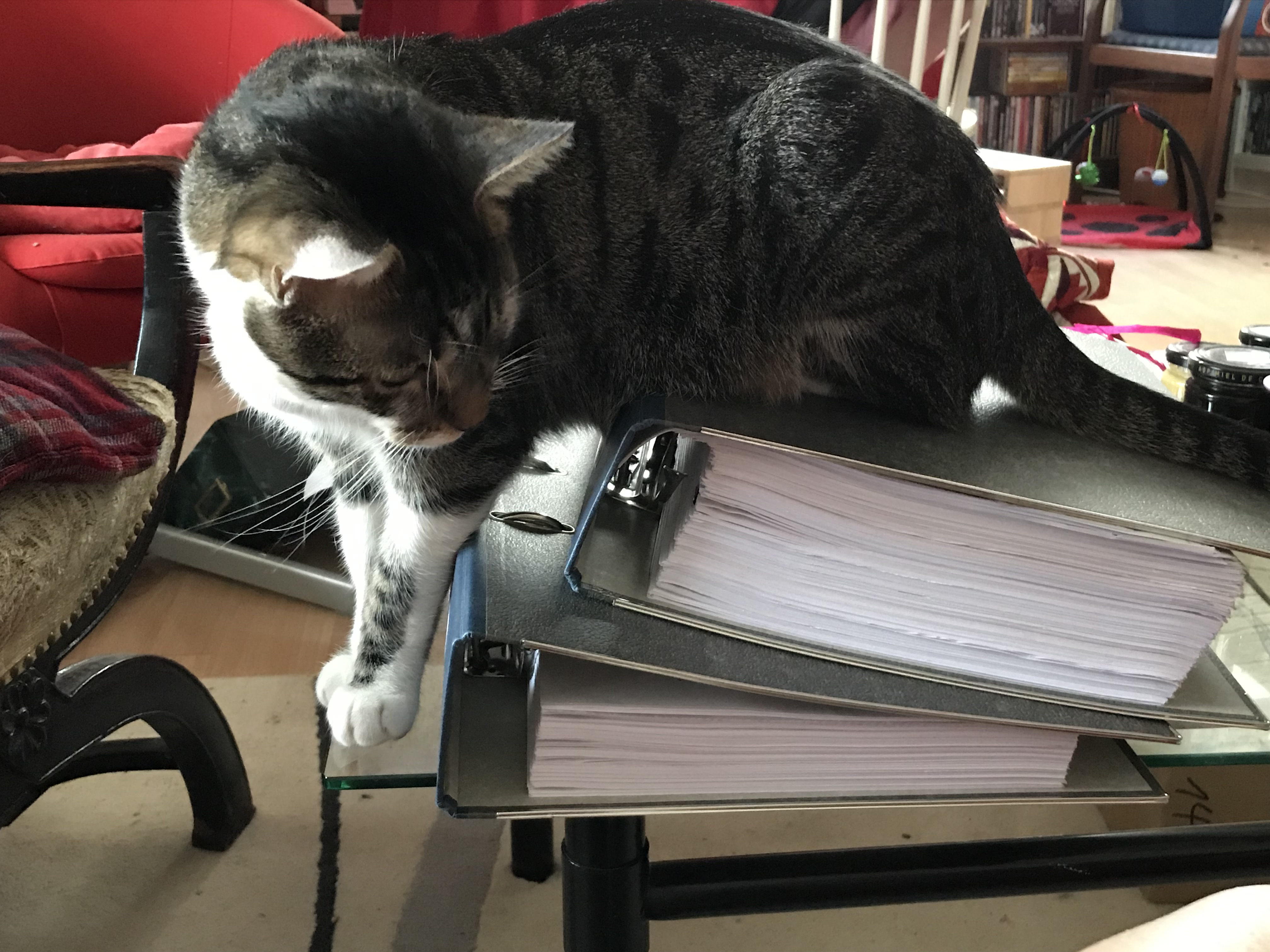 They're 15 months old, brothers from the same litter -- born on a farm, but have grown up as indoor cats.  Charlie knows his name and it fits perfectly; Clint Sunny had inherited the "Man with No Name"'s first name by default because his previous family couldn't make up their minds how to name him ... I'm pretty sure I'll be able to come up with something better (all the more because the name doesn't fit him at all), but I want to get to know him and watch him a little longer first. ... to me, his loving and cheerful personality suggested a different name rather quickly -- after all, I had started calling and thinking of him as my little sunshine virtually right from the start!