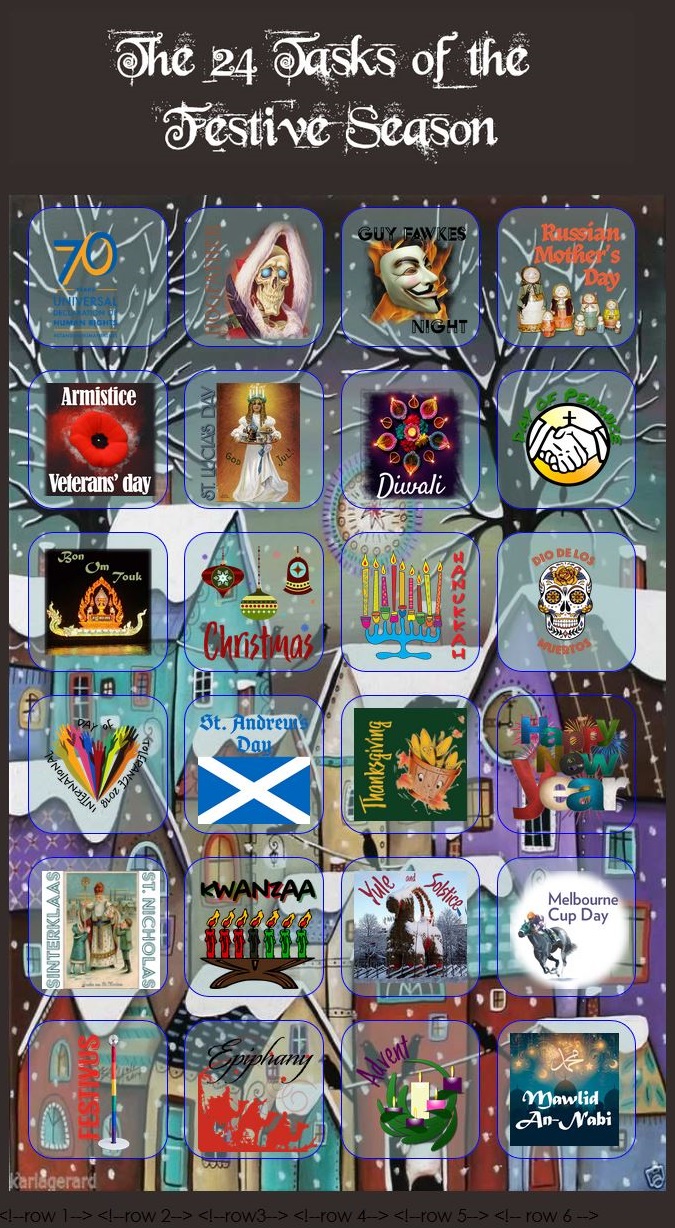 A big Thank You to everybody who joined the game and participated so actively: Collectively, we achieved a total score of

Based on this score, each of your three hosts will make a donation of USD 100 to charity (we'll reveal which ones separately, but we've agreed that this year, again, our donations will go to reading programs).

It's been great fun watching the truly amazing things that everybody came up with to complete to the various tasks and the creativity that went into everybody's update posts, and we're truly happy this year's "Advent Calendar" format seems to have worked so well.

A special thank you, too, to everybody for reporting in and tallying up posts and for using the "24 festive tasks" tag; particular those of you who put together "final count / wrap-up" posts -- all of this was a great help in keeping track of the running score and compiling the final count. 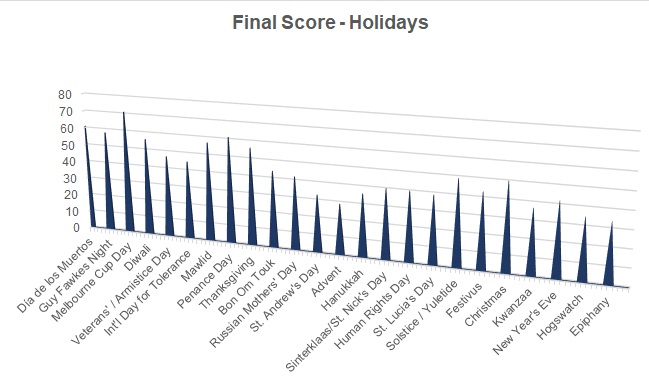 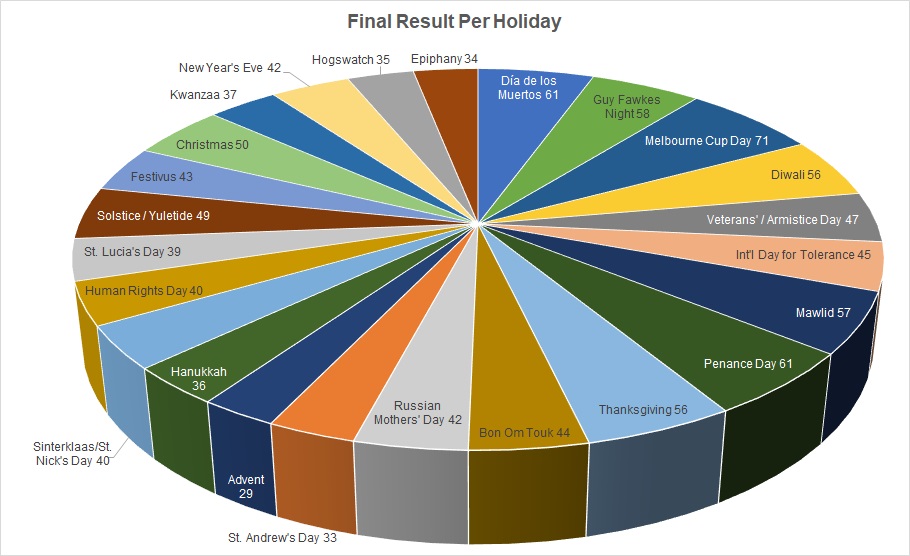 (Because there has to be at least one bona fide pie chart in here, right?)

Breakdown of Books and Tasks per Square

(right-click on the images for a larger view): 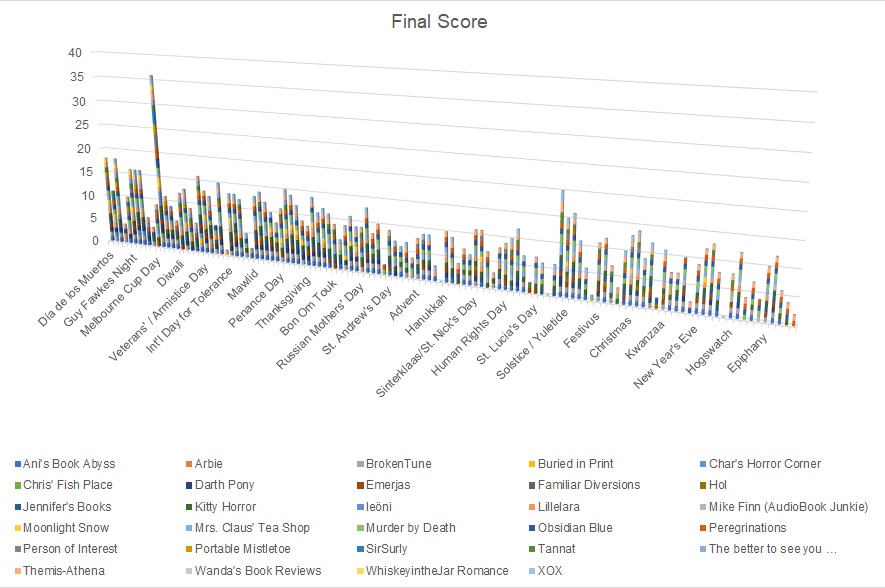 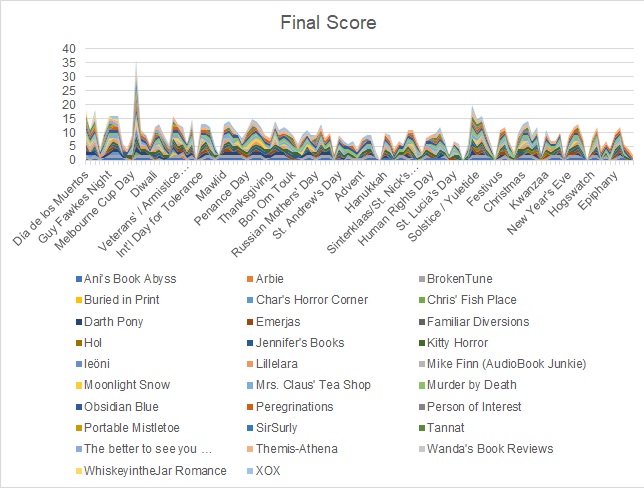 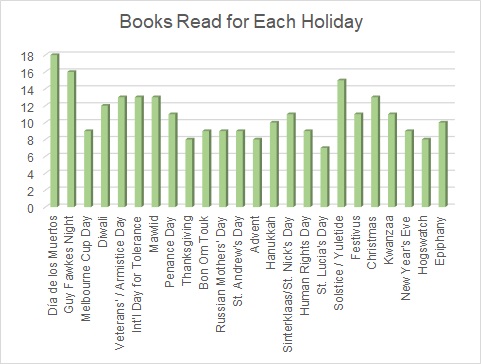 Square for which the highest number of participants read a book: Día de los Muertos -- 18 participants 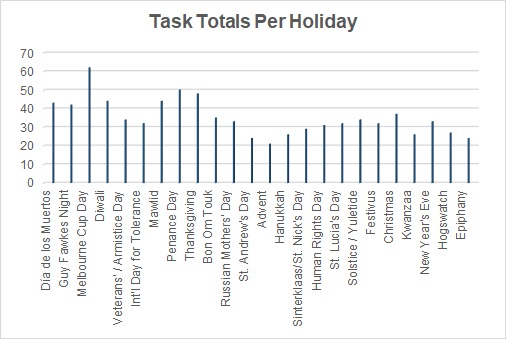 Square with the overall highest number of points collected for all non-book tasks: Melbourne Cup Day -- 62 points (including 14 bonus points)

Excluding bonus points, Melbourne Cup Day comes in second, equal with Thanksgiving.  Third then are Diwali and Mawlid (44 points each).

Average number of points accrued for non-book tasks per square, including bonus points: 35.13

Congratulations, everybody, and thank you all so much again for making this such a fun and successful game! 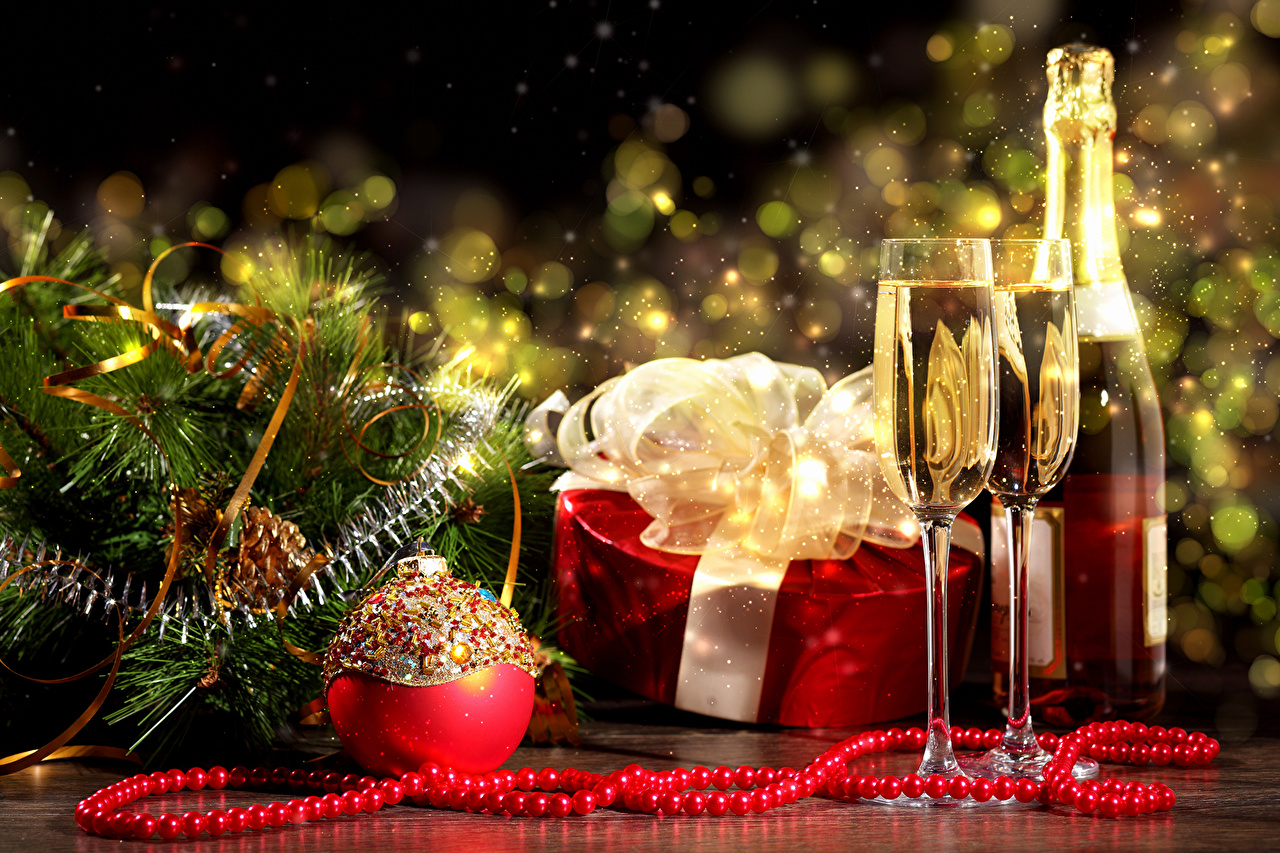