If Muhammad won't come to the mountain ... (the feline version).

While Sunny and Charlie are having great fun helping me pick books for BL-opoly (and enjoying their repeated snack breaks), they've had to do without me in their favorite parts of our home a lot lately because I was spending long hours at my desk.  So they decided they needed to check out what exactly was keeping me away: Soon they also discovered that there was a new spot with prime view of my desk top where I had removed a couple of binders that I was working with, and which therefore made for an excellent observation post (or, um, daytime bed ...) ... 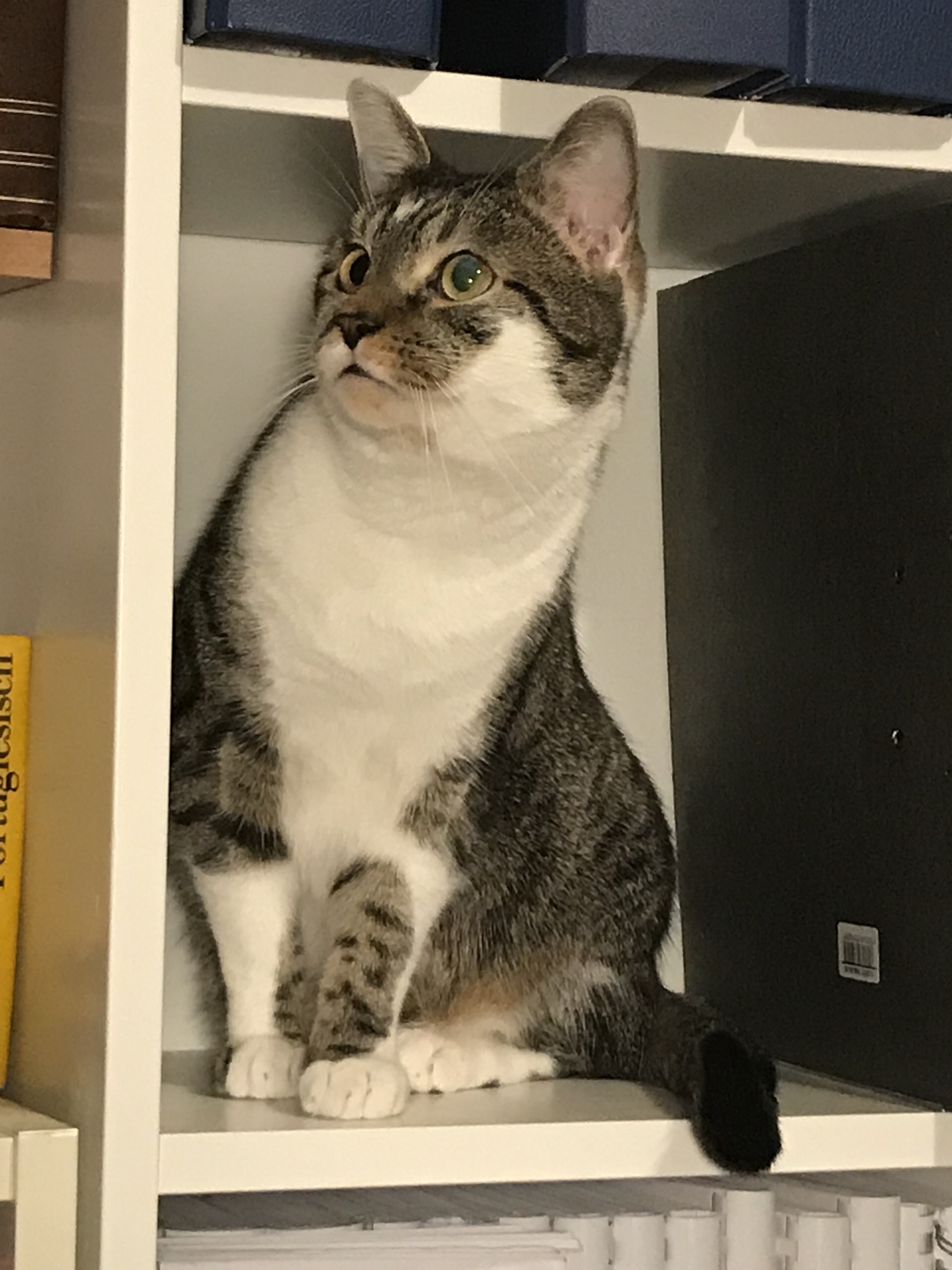 ... until I replaced the binders belonging in that spot.  Charlie in particular was decidedly not amused: He promptly removed the first layer of micro binders in the shelf below, so as to have a ledge to stand on, and then set about restoring the status quo ante: (I don't know how well you can see this, but in the left photo he actually has his paw inside the binder, reaching in from below -- exactly as you or I might grab it and pull it out.)

He eventually capitulated (with a monstrous grudge), realizing -- or so I hope -- that if the binder had hit his head that might actually have hurt, and has since returned to using the various cat beds in my office (it's not like they don't have a choice of those, after all), or just hanging out next to my desk: Sunny, meanwhile, has discovered that my office chair (on which he has lately also taken to sleeping at night) makes for an excellent stepping stone to the windowsill, and has appointed himself neighborhood watch and guardian of the minor tools of  my trade: ... if he's not in the mood for a nap, that is.  For which pretty much anything but a kitty bed will do (even if that means he has to squeeze onto the windowsill or next to me on my office chair -- or on my lap / arm / the edge of the desk, in whichever position happens to spring to his mind). By and large, they still much prefer me to join them elsewhere in our home, though!