All of the new squares (and scares) have been revealed, and I got these posts put together over the past few days, so I'm ready to reveal ALL OF THE SQUARES!

A note on book lists: where we have already got a working book list, I've linked to it. However, word of clarification: the rules have changed a bit in the last 3 years - so not every book on the booklists is necessarily a horror, supernatural, mystery or suspense book. If it shows up on a booklist it has been approved for game play on that space and is "grandfathered in" to eligibility.

The new categories don't have a book list associated with them yet.

I am going to do this in three posts, because they are going to be very long! You've seen the 9 new squares: 2. Dystopian Hellscape: This is a multi-genre square! Any book that relates to the fictional depiction of a dystopian society, such as The Handmaid's Tale or The Hunger Games, would qualify! 4. Psych: Psychological thrillers, plot twists and suspense, unreliable narrators and other mind-fuckery. And, as an aside, any Halloween Bingo book that takes place within or related to an insane asylum, haunted or otherwise, would qualify!

5. Truly Terrifying: Non-fiction that has elements of suspense, horror or mystery, including true crime, both contemporary and historical. Examples would be The Suspicions of Mr. Whicher by Kate Summerscale, In Cold Blood by Truman Capote, or The Amityville Horror by Jay Anson. If you have another idea, run it by me - just remember that it has to fit into the general Halloween Bingo criteria of mystery, suspense, horror or supernatural!

6. Paint It Black: Any book with a cover that is primarily black or has the word black in the title, was written by a black author, or relates to rock and roll music. 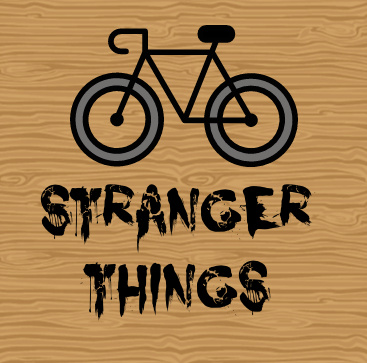 7. Stranger Things: this is a twist on the past 80's Horror square with elements of the television show  - any horror that has supernatural elements, portal/parallel universes, government plots gone awry or is set or was written in the 1980's.

8. Film at 11:  The idea for this new space comes courtesy of Linda Hilton! Generally, in order to qualify for Halloween bingo, all books must fit into one of the general genres of horror, mystery, suspense or supernatural. This space is filled by any Halloween bingo book that has been adapted to film or television. For extra fun, you can watch the adaptation - although this is an optional add on! 13. Fear Street: 1980's and 1990's vintage pulp-style series horror, targeted to teens, such as Point Horror, Fear Street and horror fiction that is written/published primarily for a YA or MG audience. Examples would include The Monstrumologist by Rick Yancey. Book list linked here

14. Terror in a Small Town: any horror book where the action primarily occurs in a small town or village. Examples would include: Something Wicked This Way Comes by Ray Bradbury, It by Stephen King. Book list linked here 16. Classic Horror: horror fiction that was published prior to 1980; Book list linked here

19. Stone Cold Horror: this is a late addition because I had too much YA horror, so I combined a couple of categories into Fear Street & needed something else for the horror genre! Horror that takes place primarily in a winter/cold/snow type setting.