Admittedly I wrote this quite a while a go, but since anything involving Pippi Longstocking will almost automatically be a match for a holiday featuring "feats of strength" ... here is, rather unapologetically, my Goodreads Celebrity Death Match Review Elimination Tournament entry of long ago featuring the match-up of Pippi Longstocking vs. Anna Karenina (spoiler: Pippi wins hands down):

A countryside railway station in indistinctly northern surroundings. Count Vronsky and Anna Karenina are standing together, both looking into the distance but in opposite directions.

VRONSKY (contemplative): Now, look at that … a girl carrying a horse …

ANNA (talking over him): Of course, I should have known – you’re looking at another woman. Again. So what’s so special about this one, huh? (She takes a closer look at the figure in the distance and curls her lips in contempt.)

Her freckles? Those ridiculous reddish braids of hers? Or – or – her shoes? Oh my God, they must be at least two sizes too large!

VRONSKY (to himself): Here we go again. – (Soberly, to Karenina): Anna, please …

ANNA (still not listening): I bet you can’t wait to take those shoes off her and clothe her feet in some sort of delicate slippers. Silk, or damast, or something. Or velvet. Or nothing – and then just kiss them. And go on kissing her all the way up her legs, and then … and then … (She breathes heavily, unable to continue.)

VRONSKY: Anna, for God’s sake, she’s just a girl! She can’t be more than, what, nine or ten … or, well, at least she doesn’t look … (He casts a doubtful glance at the horse, which is now standing on solid ground again.)

ANNA: Ah, but you don’t know, do you? And I am sure you would love to find out …

VRONSKY (exasperated): Anna, please! Do you seriously think I’d be interested in a woman who can carry a horse?!

ANNA (pouting): Oh, so she’s a woman now to you already, is she? A few seconds ago she was still merely a girl … I should have known I would never be able to trust you! You’ll always find a way to betray me! I should never have followed you! Why, oh why did I ever abandon my beloved son for your sake? Oh, Seryozha … (She bursts into tears.)

VRONSKY (after contemplating her for a long moment): Look, Anna, I don’t think this is going anywhere. I …

ANNA (howling): You’re leaving me! (After a pause, with a baleful look at the figure in the distance): For HER!

VRONSKY (through his teeth, struggling for composure): I am going to my club.

(He turns on his heels and leaves.)

ANNA (sobbing uncontrollably): I’ve lost him. And after I gave up everything for his sake. I am nothing without him! Oh, what shall I do??

A humming from the tracks, first gentle but with a steadily increasing volume, announces the arrival of a train. With a desperate sob, Anna Karenina throws herself onto the tracks. The sudden, harsh squeal of the train’s breaks alerts Pippi Longstocking, who up to now had been blissfully unaware of the scene at the station. She comes rushing over, placing herself in front of the train, and tries to stop it with her bare hands. All she manages, alas, is to slow it down; but not before it has severed Anna’s head, which rolls sideways and comes to a stop at Pippi’s feet. Pippi contemplates it with a half-sad, half puzzled expression.

PIPPI (bemused): It’s a pity she never knew my Pappa. He would’ve told her just to sing to herself. Whatever it is, there’s nothing so bad that it can’t be made right again by singing a song, he always said …

(Alerted by a monkey’s chatter, she looks to the roof of the station house.)

PIPPI: Mr. Nilsson! What are you doing up there? Come down at once!

Laughing, Pippi climbs onto the roof herself to retrieve her monkey, leaving Anna’s severed head and body behind on the tracks.

(Task: Battle of the Books:  pick two books off your shelf (randomly or with purpose); in a fair fight, which book would come out on top?  The fight can be based on the merits of the book itself, its writing, or full-on mano a mano between two characters.  Which would win the feat of strength?) 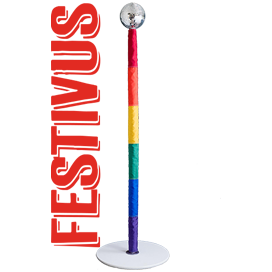