Shakespeare done differently ... but I think he'd approve and be as royally entertained as the rest of us – these guys are a total riot!

The HandleBards: 4 guys touring all of England on bikes with performances of Macbeth and The Comedy of Errors, covering all of the roles among the four of them and carrying all the props and equipment they need on their four bikes (which also feature to great effect in the performances). 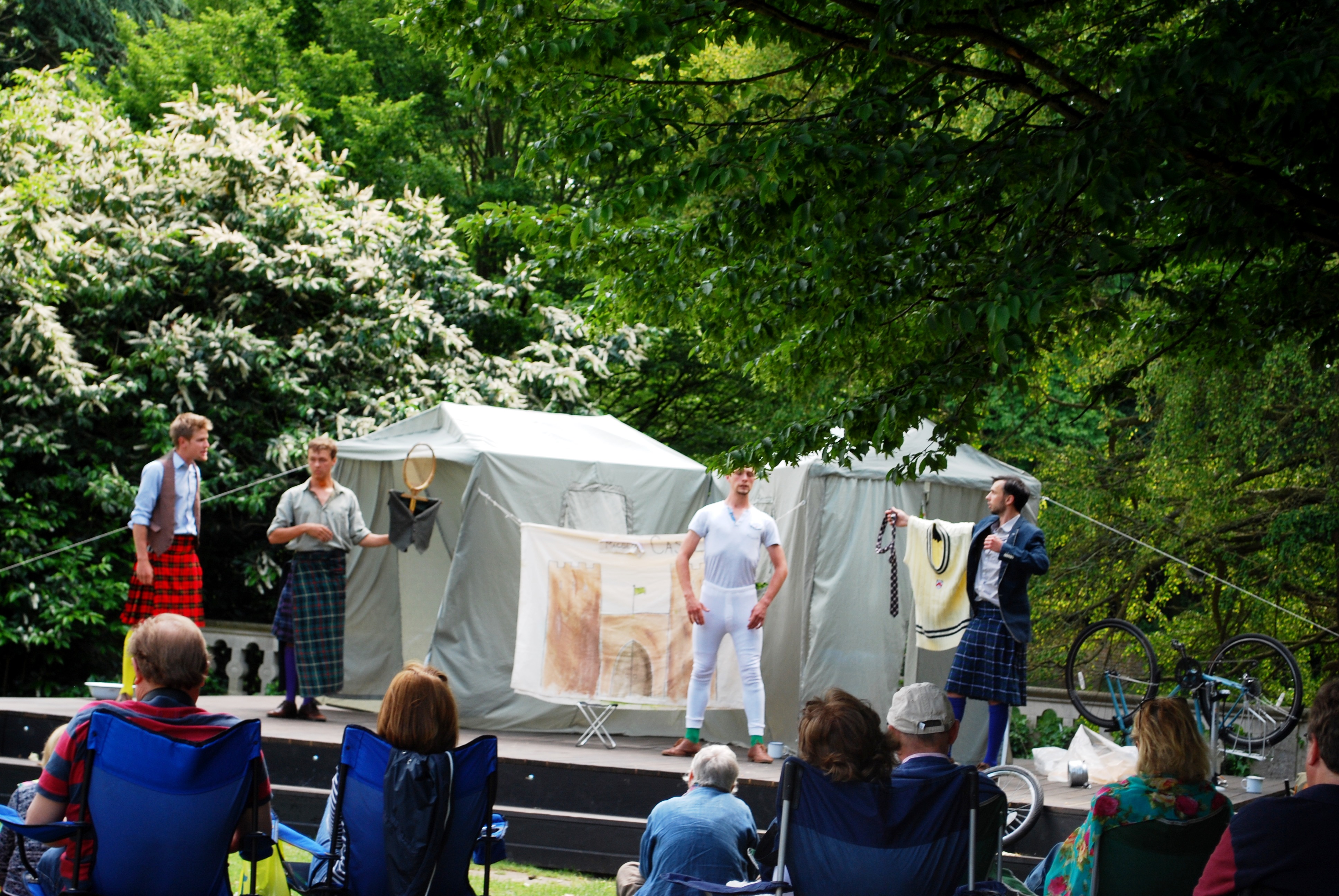 Mid-play/on-stage costume change, with one actor temporarily serving as a human clothes hanger. 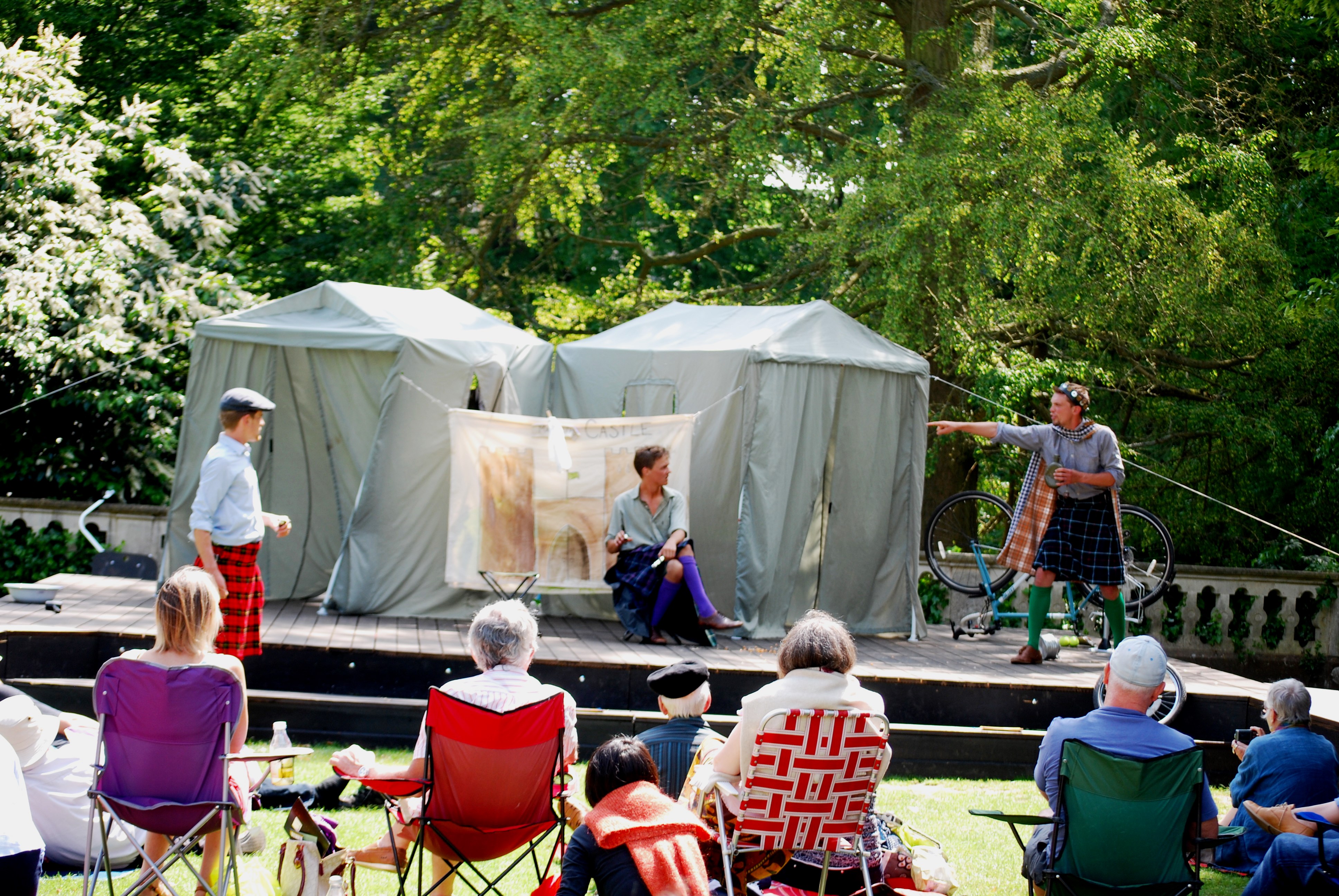 "Avaunt! and quit my sight! let the earth hide thee!"

(Macbeth and Banquo's ghost [= the white handkerchief flitting through the center of the image, in front of the hand-painted "castle" background]) 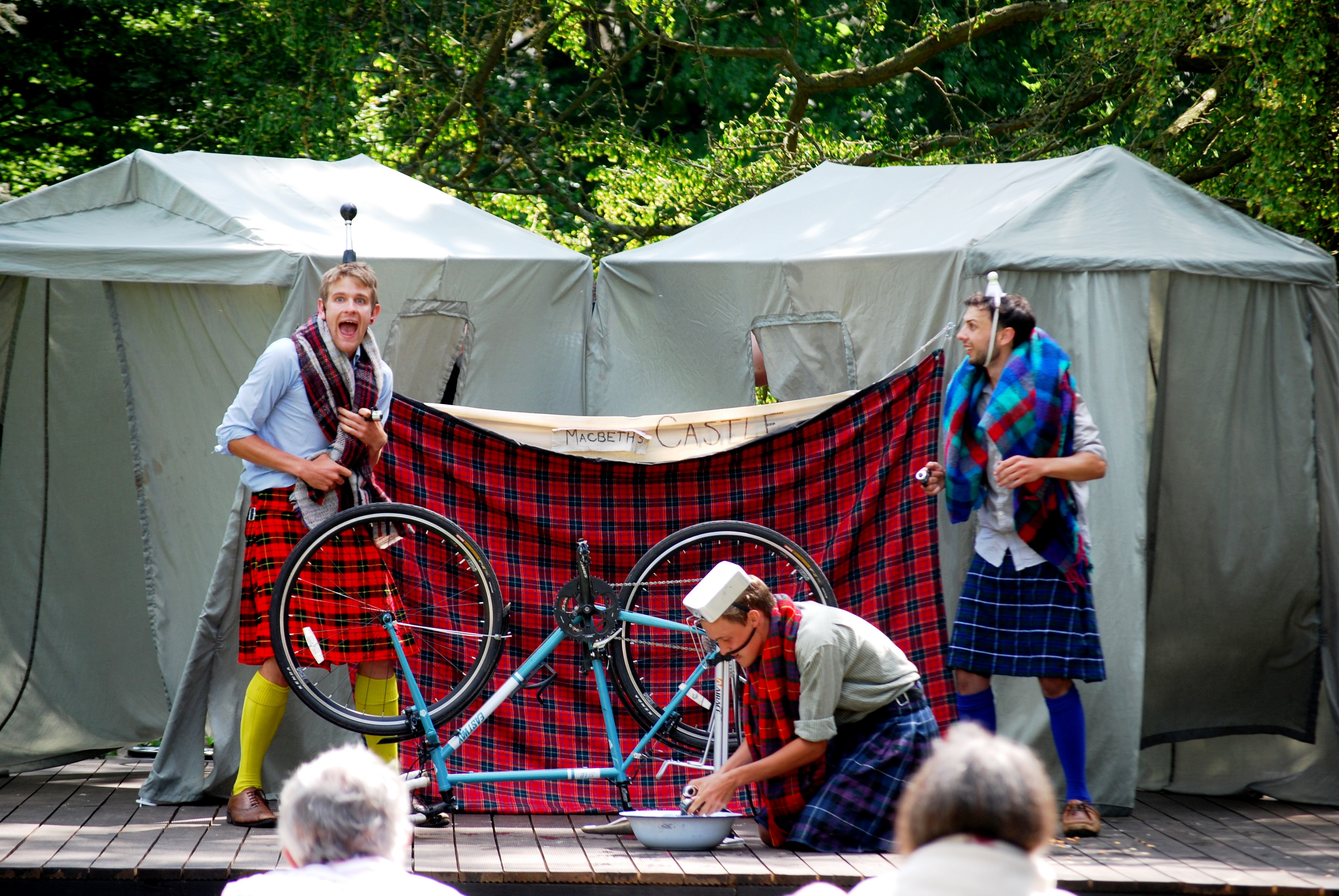 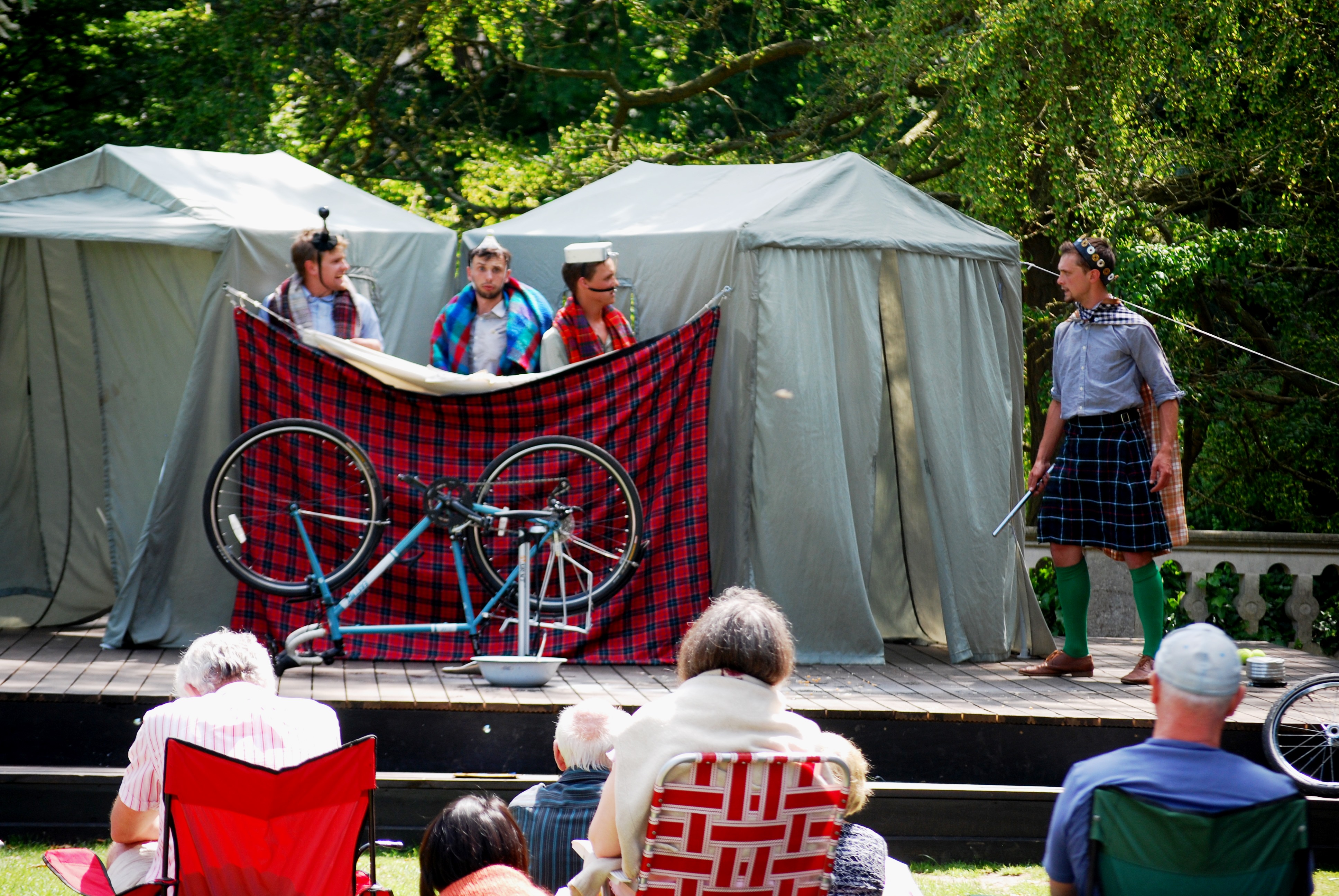 "By the pricking of my thumbs, something wicked this way comes"

(Macbeth and the Three Witches) 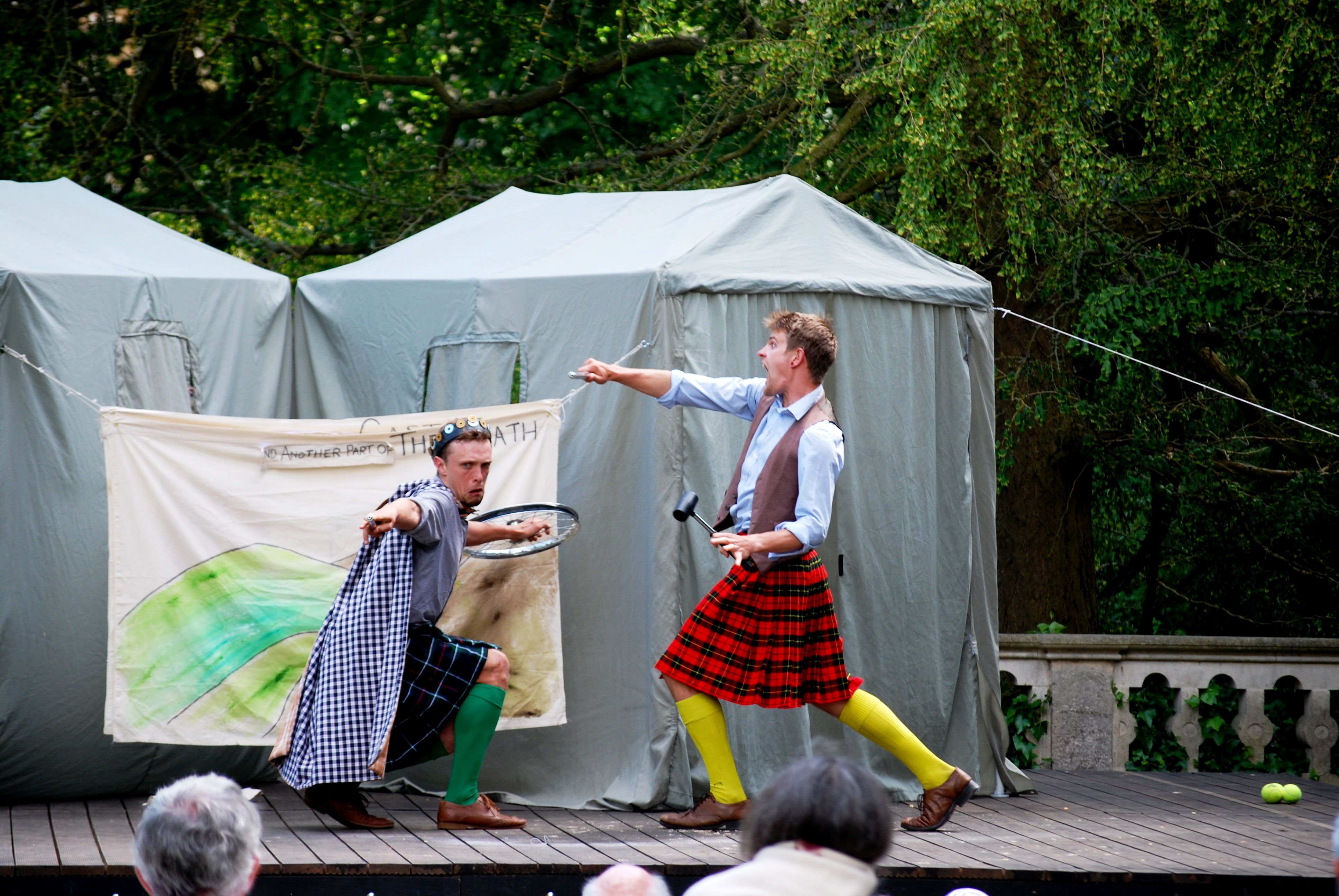 (Macbeth and Macduff, the final duel)